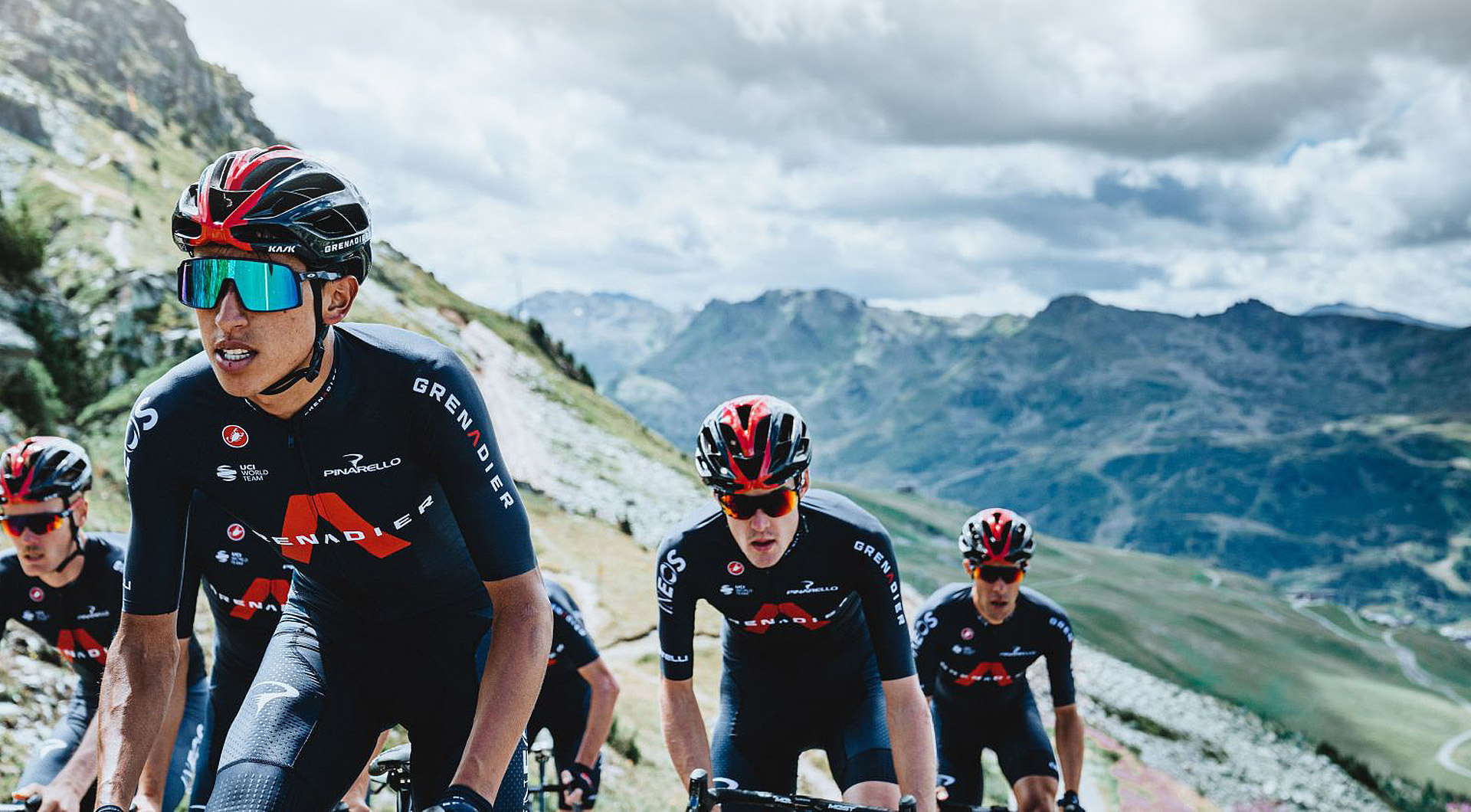 To promote its new automotive business, INEOS decided to make Grenadier, their upcoming 4X4, the main sponsor of its world-famous cycling team. We were tasked with creating a distinctive new rebrand in just under two months that defined the synergies between road cycling and 4X4s. The INEOS Grenadiers were born.

Our first step was onboarding workshops to introduce key team members to the Grenadier brand and discover common ground. Next, we designed the racing kit, created launch video concepts and gave a thorough briefing for the in-house team to create their own materials. Based on the knowledge we gained, we were able to revise the team’s brand framework. They bought into the new brand completely. Finally, we devised a plan to promote both the vehicle and the INEOS Grenadiers at the Tour de France, Giro Italia and Vuelta España, where the cyclists successfully sported their striking new livery.

Do you have a marketing challenge?

Could your brand benefit from some clear creative thinking?

Email us today at: